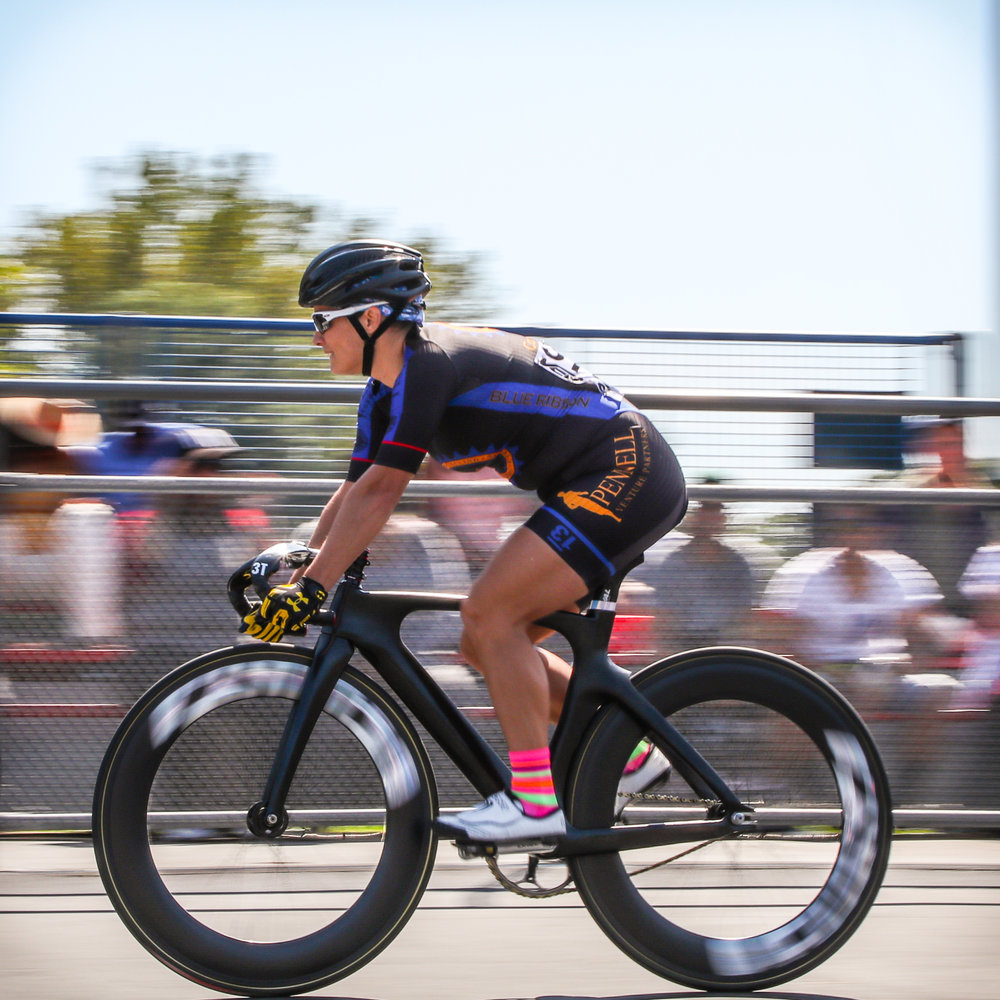 Posted at 12:43h in Races by Paskal Lamour 0 Comments

Camie Kornely is an experienced racer based out of New Jersey who took on UCI Masters World Track Championships with her sights set not on medals, but on being the best version of herself she could be – and riding faster than she had before.

When I first planned my trip to Los Angeles for the UCI Masters World Championships, I forged ahead with complete certainty — I booked the flights, reserved the AirBnB, and the car without a second of doubt. Now, seven months later and stepping off the plane with my munchkin and two bikes in tow, the nerves crept in and my inconsistent training, the recent life changes, and the 45-degree banking of the track all had me wondering if I had made a humongous mistake. But it was too late to turn back now.

Having signed up for the last open track session before the race, we quickly dropped things off at the house, then went to the track where I built up my bike and got ready to ride. The 45-degree banking doesn’t look as imposing in photos, but stand next to it and it really is a wall, daring you to get on it. 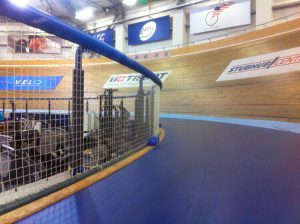 Staring at the track, I remembered that the locals say you need to be riding at least 20 mph to stay upright and thought, well, I guess I wasn’t there to go slow.  Meeting up with my friend, Christine, I followed her onto the track and we began taking turns pulling at the front and feeling the angles of the track. The exhilaration of accelerating through the sharp turns won out over the fear of heights and as I felt the speed of that smooth track, I began to fly. So long as I could keep the pressures at bay, I knew the week of racing would be a good one.

It was going to be a good week so long as I kept the pressures at bay.

I’ve felt that pressure before and put huge expectations on myself to perform. I think about the financial costs, the sacrifices, missed school for my son and myself, my family who traveled to watch me. For all of these reasons, I needed to make it worthwhile. I needed to win!  But over the past few years working with my coach, Matthew Koschara, I have developed a realistic set of expectations that rely less on winning an object or standing atop the podium and more on me being my best version of me.  So, I only wanted to go faster than I did the last time I raced. I just needed to keep reminding myself of that. 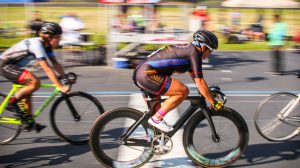 Twenty laps to whoever crosses the line first. We lined up with another age group, which made it nearly impossible to identify my own race within the race when flying around at 30mph. My goal? Stay safe and try to have a good position going into the final laps. Racers made bold moves during the early laps resulting in two crashes in the first half of the race, with elbows flying and wheels shred. When last year’s champion took off just after the halfway point, I jumped to get on her wheel. She pulled uptrack at seven laps to go, but it was too early for me to take off so I pulled up too — and ended up stuck taking the wind at the front of the pack. At two laps to go, she took off again, but I was too far back in the pack and missed the move. I did my best to accelerate and came around a few of the other riders at the end to finish in 4th place.

I really like this event, but it’s probably the one I’m most lacking in. It’s two laps (500m) as fast as you can from a dead stop, so the timing and technique are key to a winning start. I don’t live close to a track (T-Town in Pennsylvania is a two-hour drive and Kissena in Queens costs $30 in tolls!) so I never get to practice standing starts.  The best I’ve got is doing a slow roll at the flat section on the popular local road route 9W where I’m thankful someone else painted lines for 200m, 500m, and 1000m. With the best tools I could muster, I warmed up for a good hour. When the engine was revved and I felt ready to, I lined up for my turn. They placed my bike in the gate which holds the rear wheel in position. I stepped over the bike and set myself into starting position, watched the clock count down – 3, 2, 1 – and exploded out of the gate. I spin my legs as fast I could and broke my previous PR (personal record) of 40.1 seconds – and the 40s – with a time of 39.6. I was so excited I almost fell off my bike!

This was the event I was least stressed about.  The competition would be fierce and Christine and I had only ever done this event once before.  My goal for us was to do it faster.  I led the race doing only the first lap and Christine’s job was to “chase the rabbit” and smash down on the second lap. I was super excited to break 40s here as well.  We went 39.8 and will surely beat that the next time we have a chance. 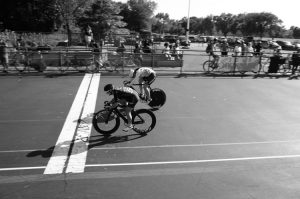 This event wracks my brain. So much of one’s success in match sprints isn’t just speed, but experience developing different strategies to overcome your opponent.  There aren’t many opportunities to do this event, but I watch A LOT of YouTube videos ;). I was able to ride a solid flying 200 of 12.6 seconds, which seeded me in second place. My first matches were against the seventh place seed, where I won, and then moved onto matches with the third place seed to compete for the next round. Her years of experience showed and she won over me in two matches, putting me in the bronze medal matches against the fourth seed. It was the end of the event and after so many all-out sprints, everyone was tired. I think it got the best of my opponent who I won over in two matches. It felt amazing to take home a bronze in this event after having been disqualified last year. 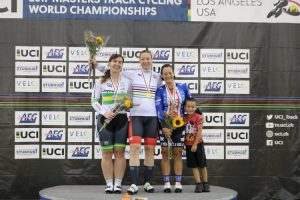 This event literally took place in the middle of the rounds of match sprints. My mindset is that I race for fun so if I go, I’m going to sign up for everything. I lined up for 50 laps and planned to race conservatively, saving my energy for the final sprint — which is worth double the points of the other 4 sprints. The race started fast as someone jumped and sprinted ahead right as the starter blew the whistle. The group went on the chase and pulled the two girls back in for the first sprint. We eased up on the pace a bit, to about 27 mph. I was able to recover and decided to take a shot at the second sprint, where I crossed the line in second and earned three points.

Committing to my original plan of taking the final sprint, I rolled behind the group for the next two sprints. At 1.5 laps to go, I jumped hard, broke away from the group and held them off to cross the line first. Those 10 points launched me from sixth to second place and earned a spot for the silver medal on the podium. 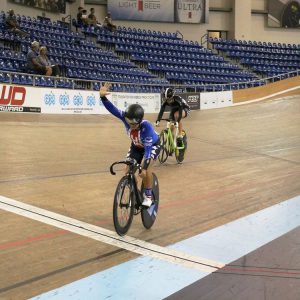 The highlight of the World Championships was spending a week with folks from across the globe with a universal passion for cycling.  This championships was the epitome of what I envision sport to be: a means of bringing different peoples together for friendly (yet fierce) competition.