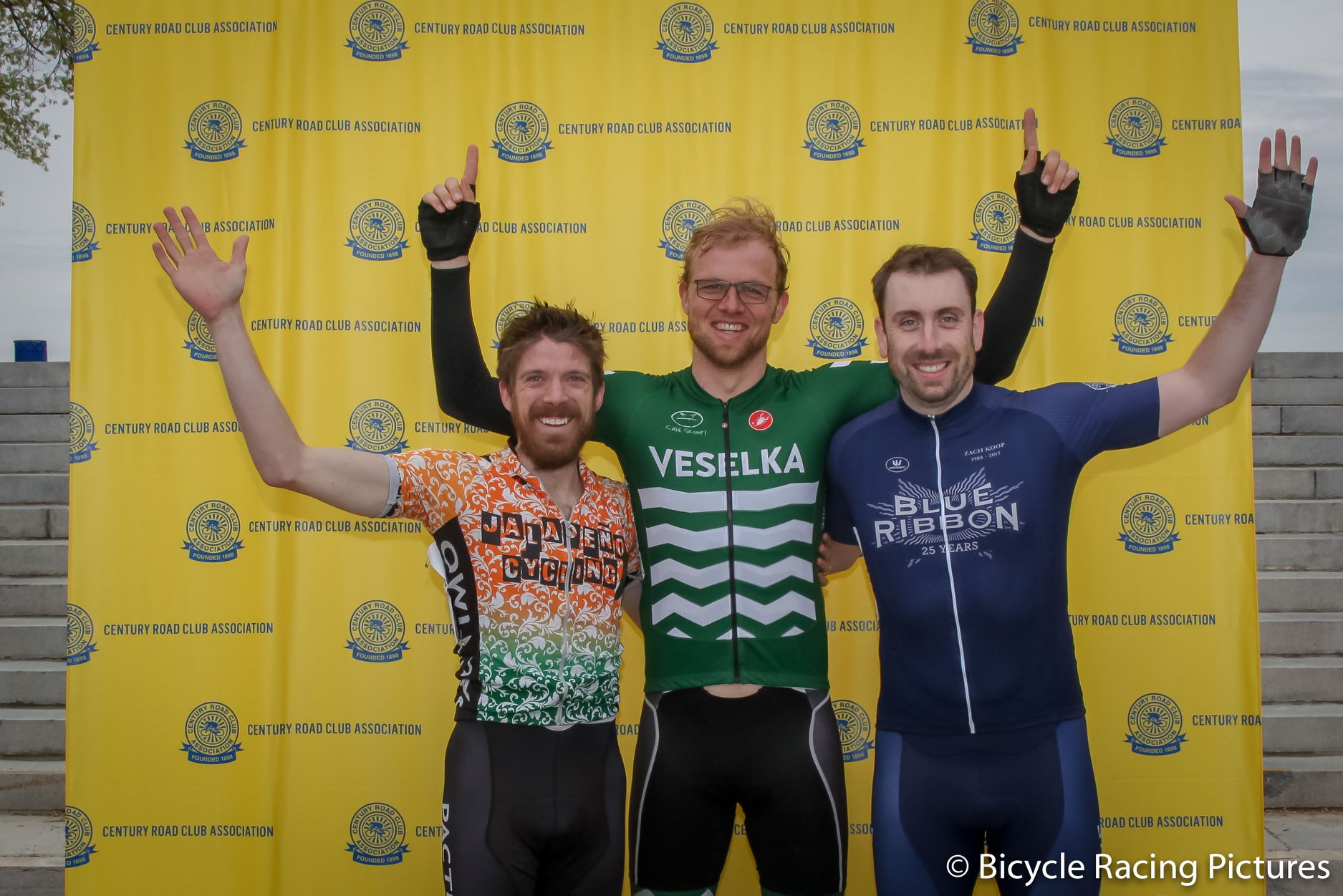 Posted at 18:56h in Races by Paskal Lamour 0 Comments

Sunday, May 6th, marked the second annual Zach Koop Memorial Criterium. The race is obviously very special to us as a team and it takes place just a few days after the anniversary of Zach’s passing on May 3rd, 2016. When Zach raced this course, he would race with a heart full of courage and the ability to rip the field to shreds. The race is generally held on a day which is either windy, cold, rainy or some dastardly combination of the three – weather Zach would have loved.

Out in full force, the team showed up ready to do battle spanning a half dozen races. In the masters race, Brendan made the decisive break and took turns driving the train from the front until they were out of sight and way out of mind. 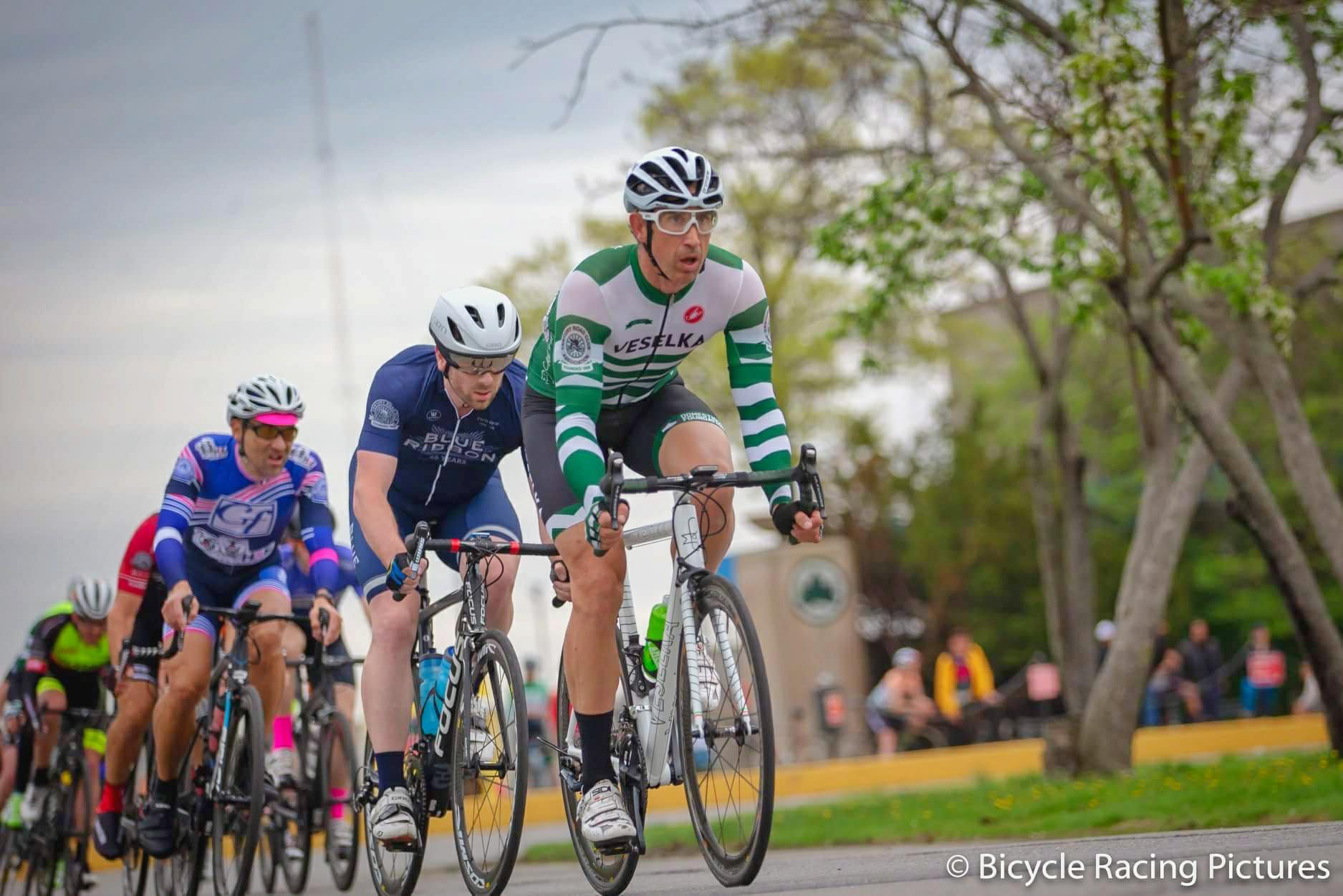 As the break wound up for the sprint, Brendan moved up and was able to sprint for a hard-fought 2nd place. 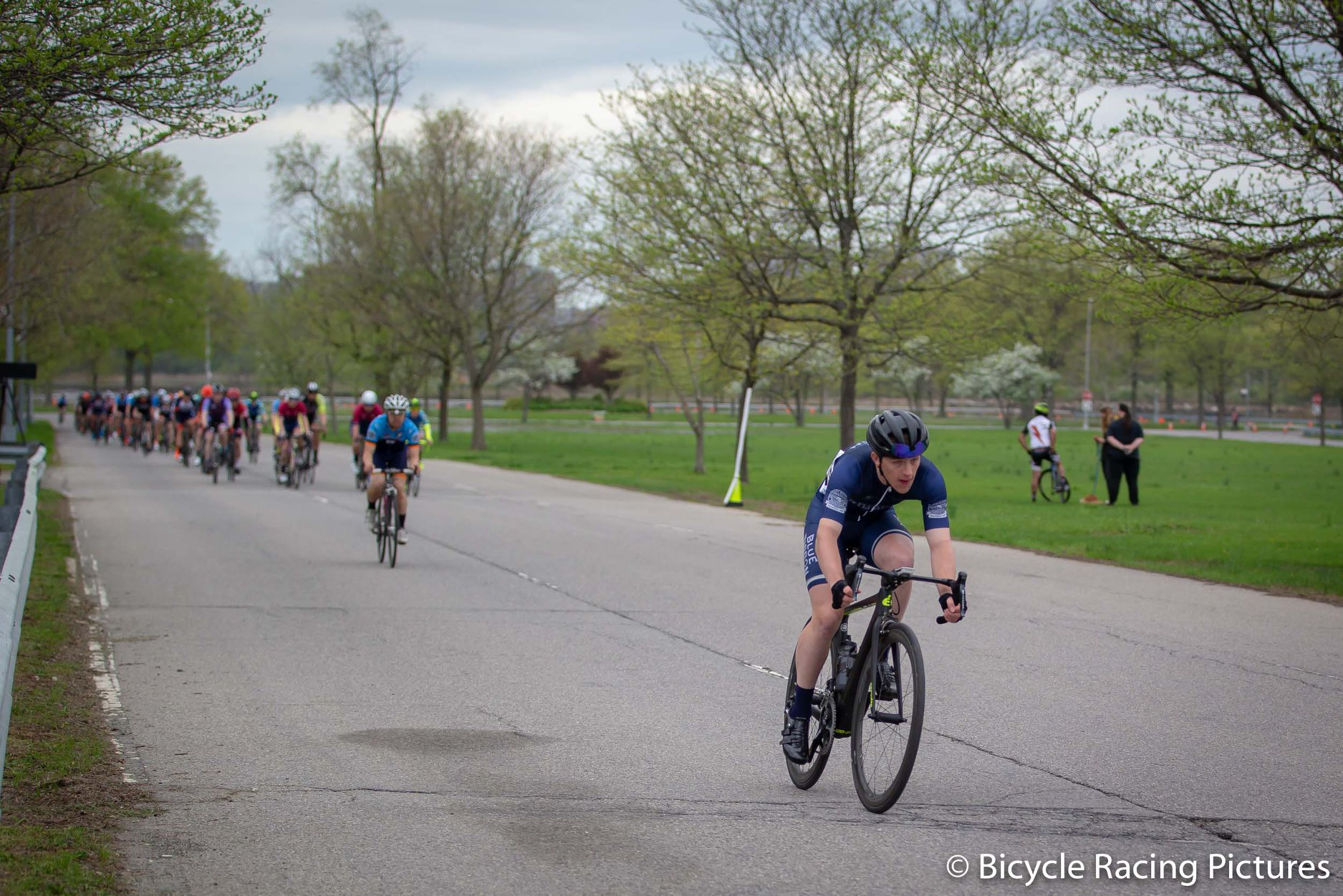 Next up, Ben raced the 4 field where he was able to comfortably sit towards the front and control the race at any given time. He watched multiple feeble attempts materialize and then disappear as he sat patiently and waited for the sprint. In the last lap, a Rapha rider disappeared up the rode and Ben mistakenly thought the field would catch him before the line. 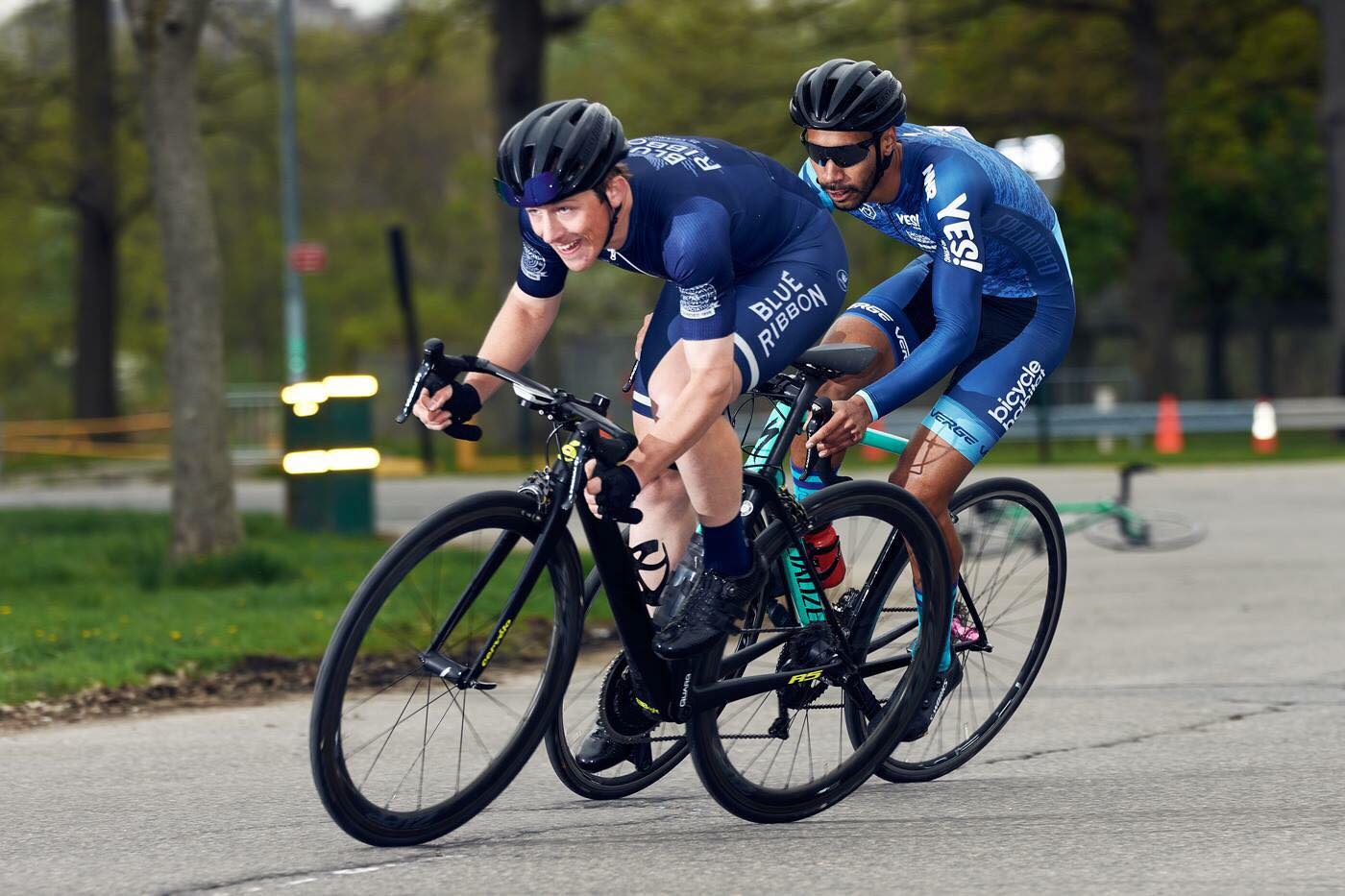 Indecision lasting a few seconds too many allowed the Rapha rider to cross the line first as Ben dominated the remaining field sprint for 2nd place. 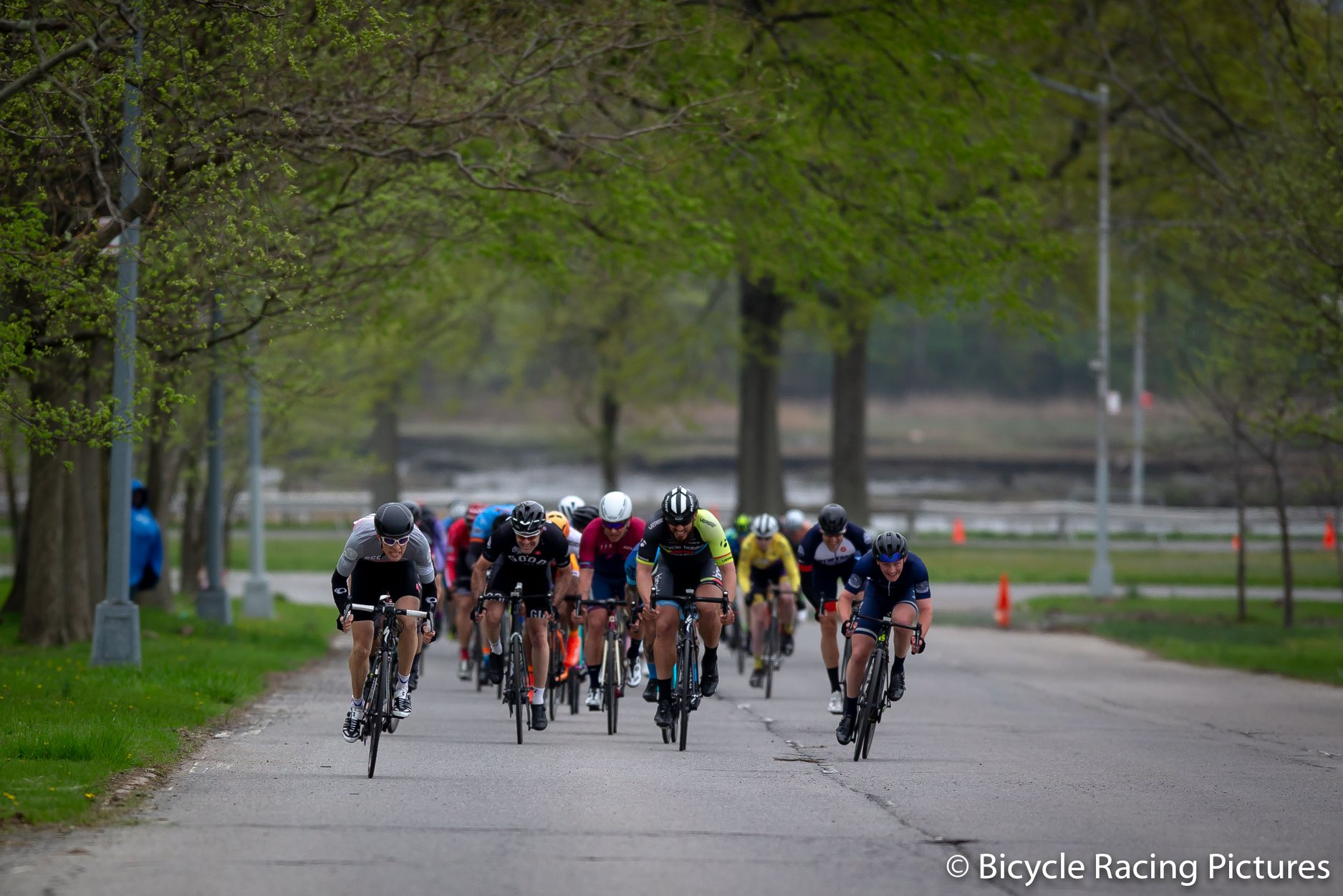 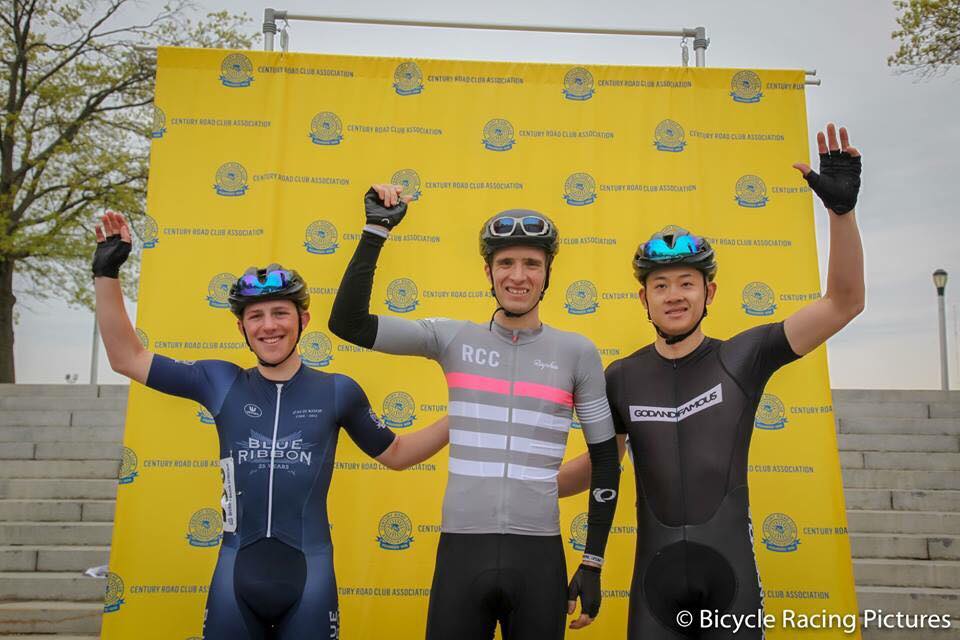 After that race, Ben and Eli raced together in the 3/4 field. This being Ben’s second race of the day, he patrolled the front of the field and waited for any promising breaks. 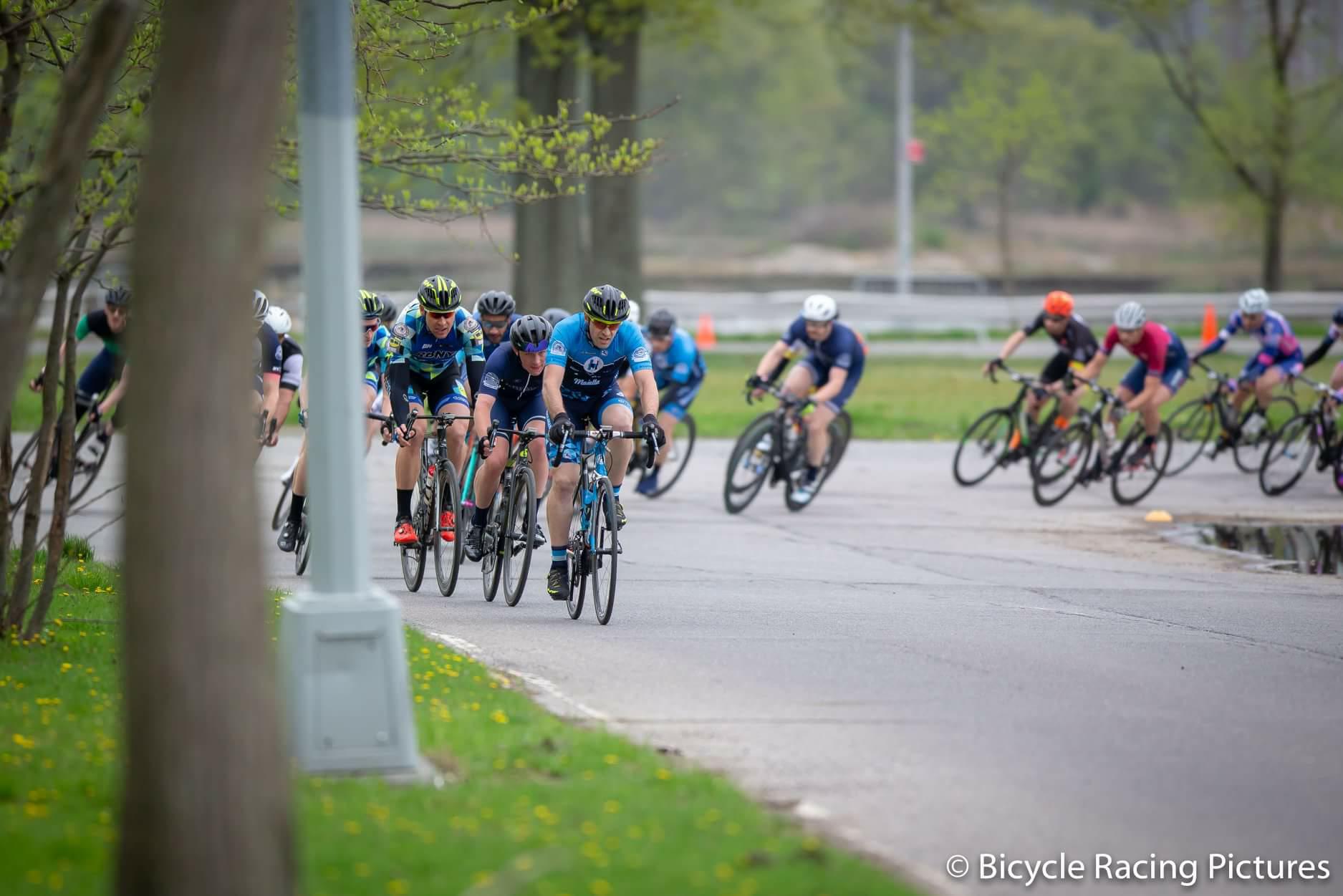 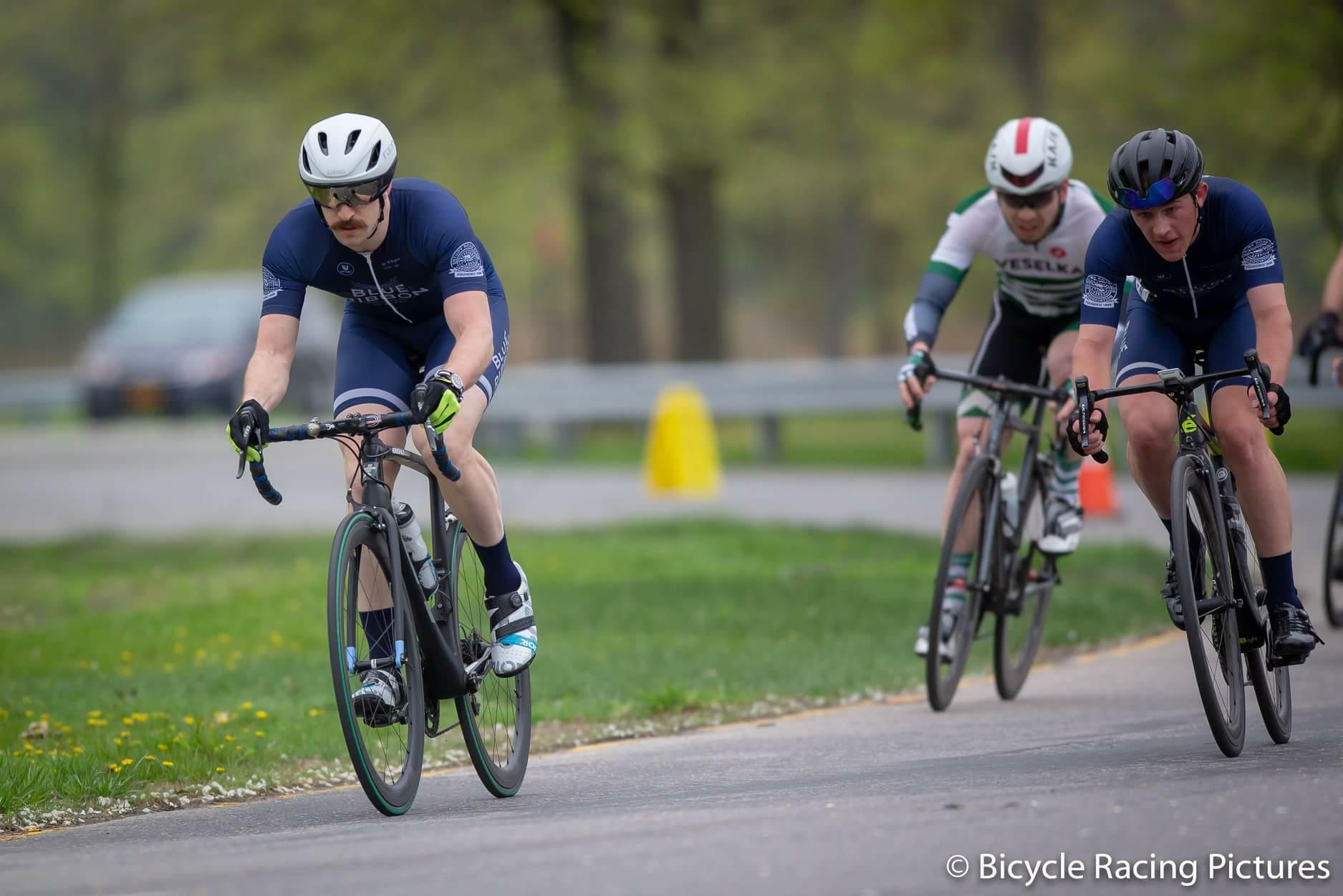 Unfortunately, he circled back just as the second break of the day materialized and both he & Eli missed it. They went to the front to try and shut it down but the teams in the break (TBD, E2Value and RBNY) were represented well in the field and the chase was disrupted and shut down early on. 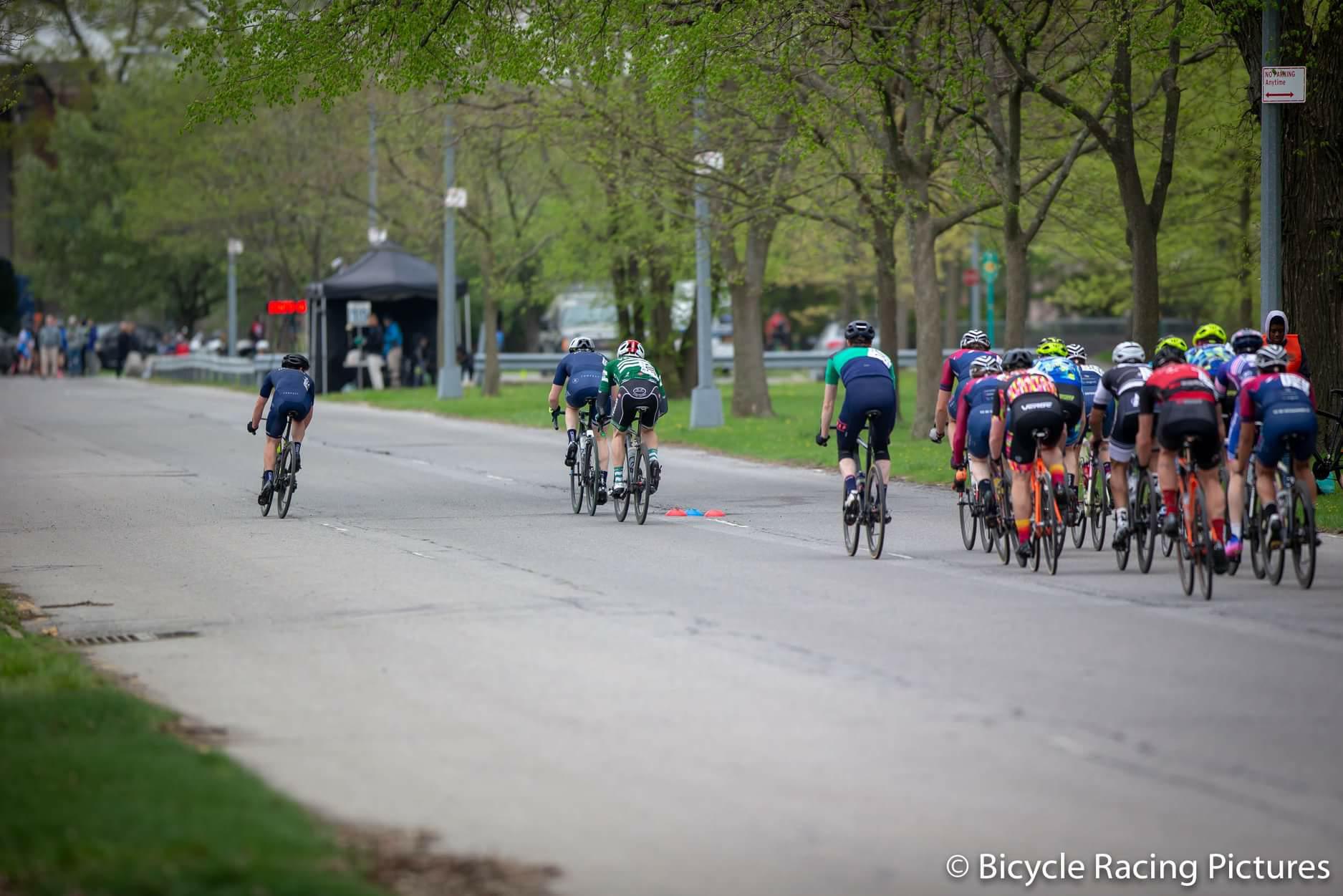 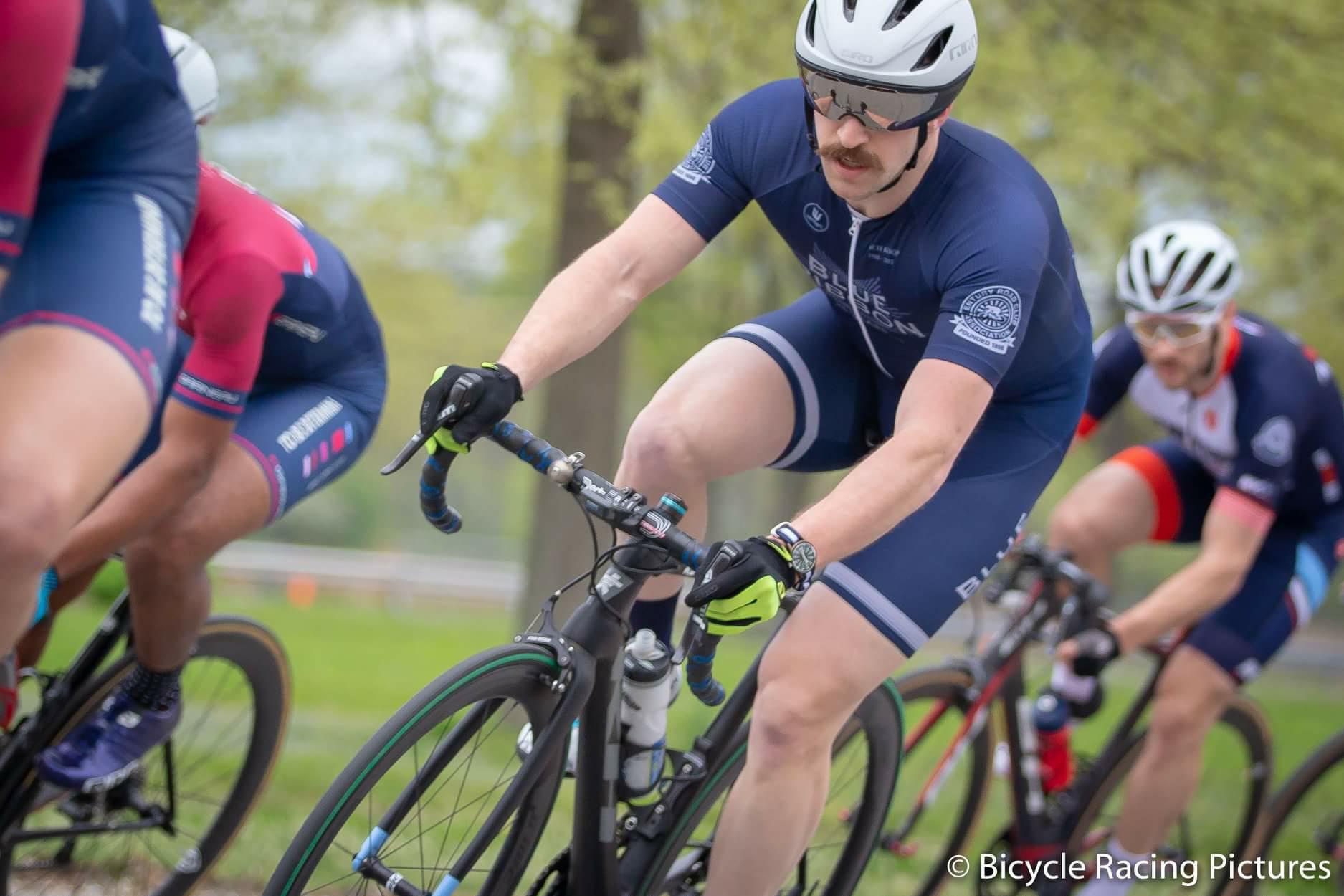 Realizing the break was clear, Ben and Eli sat in to sprint and managed 9th and 10th respectively. 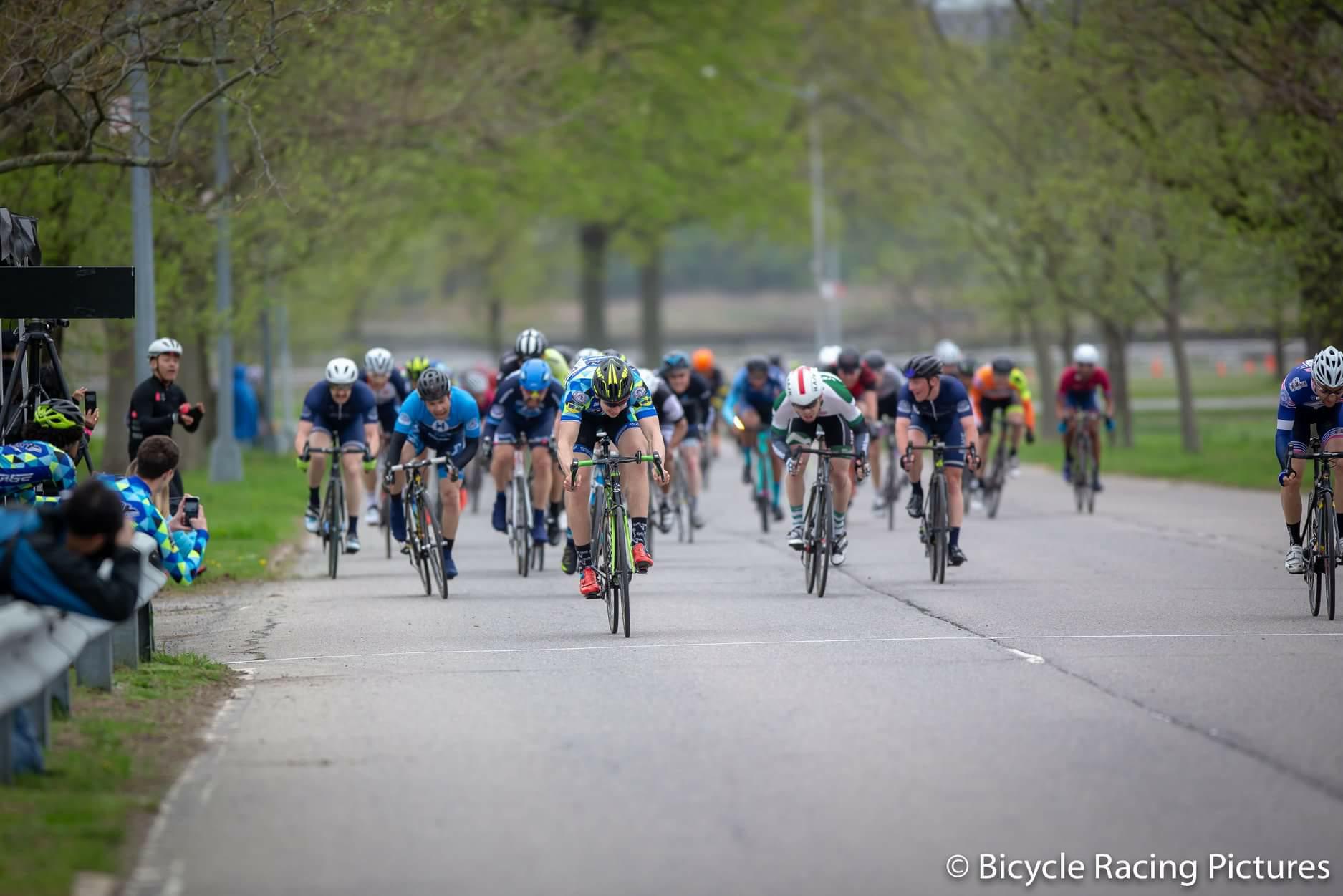 The next race was the 2/3 where Tony, Eli, Brendan and Mark lined up to do battle. Tony made every single one of the 3 breaks that disappeared up the road while Mark and Brendan policed the field. 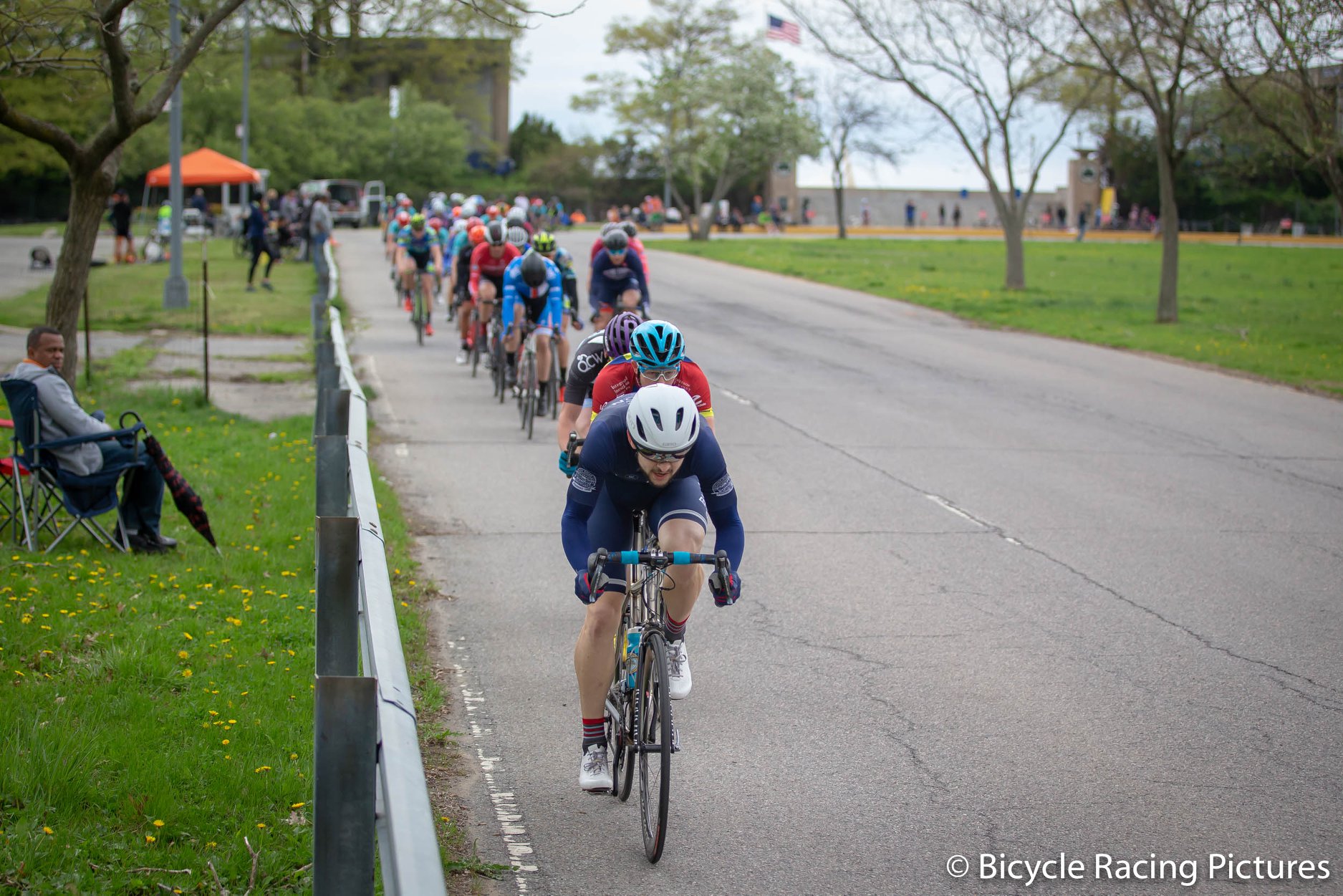 The 2/3 field was full of promising talent from Jamison-Cannondale, Dave Jordan, The Weather Channel Cycling Team and Bicycle Habitat-Verge Sports to name a few of the big teams. The breaks were well represented but the chasing field’s appetite could not be satiated. 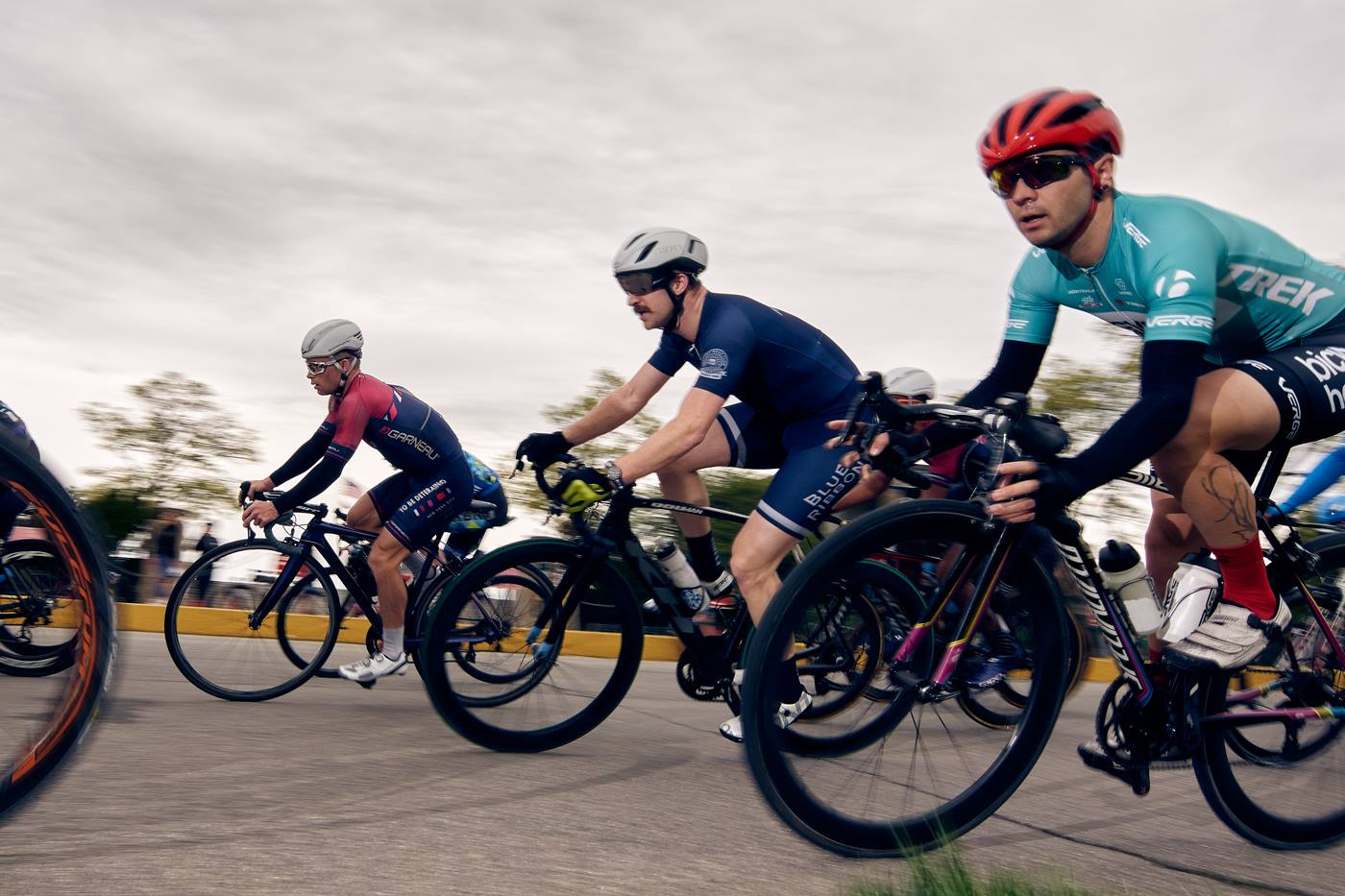 Strung out, the field eventually shut down break after break. Eli flatted out at the mid-point of the race and the team prepared for the inevitable sprint. 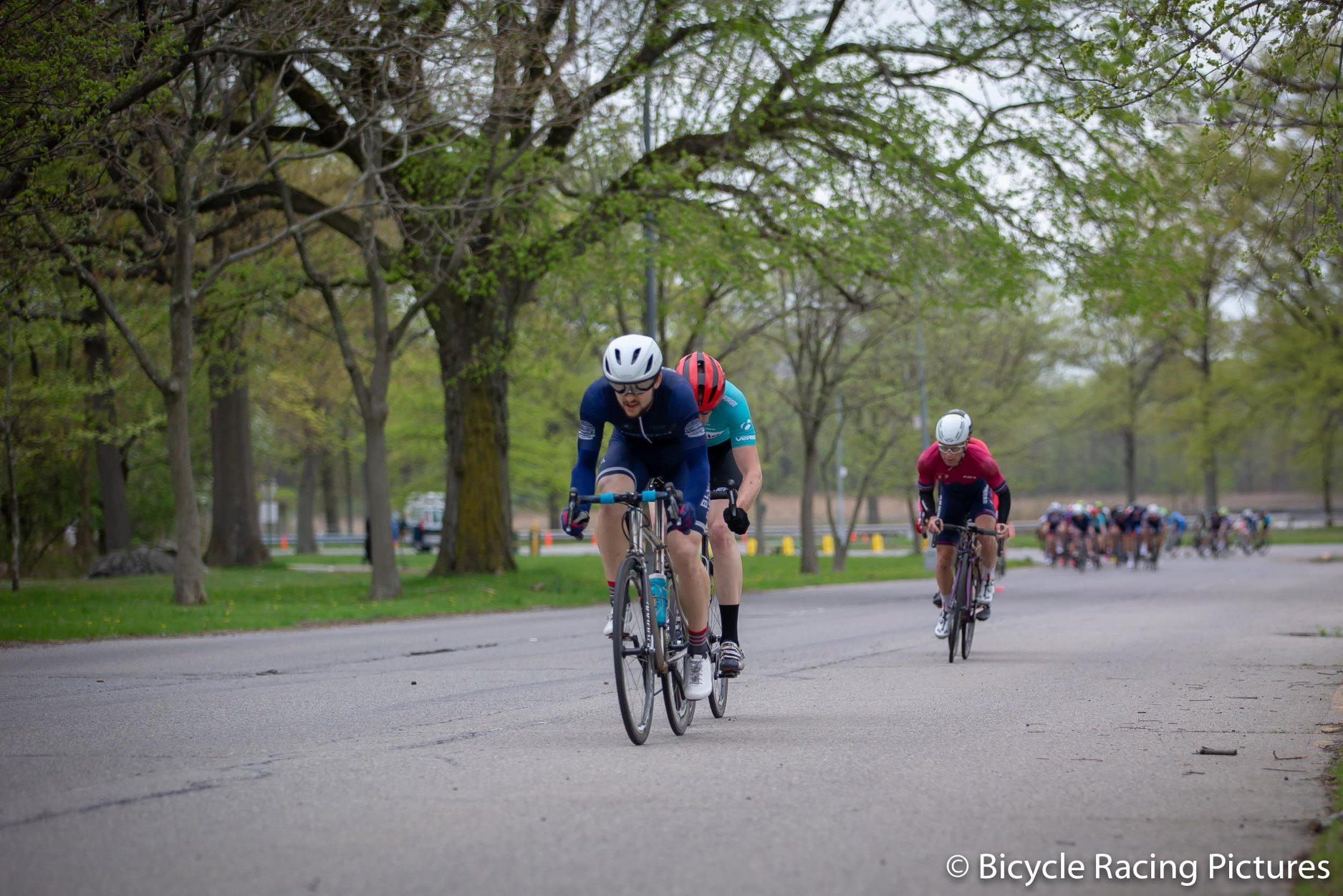 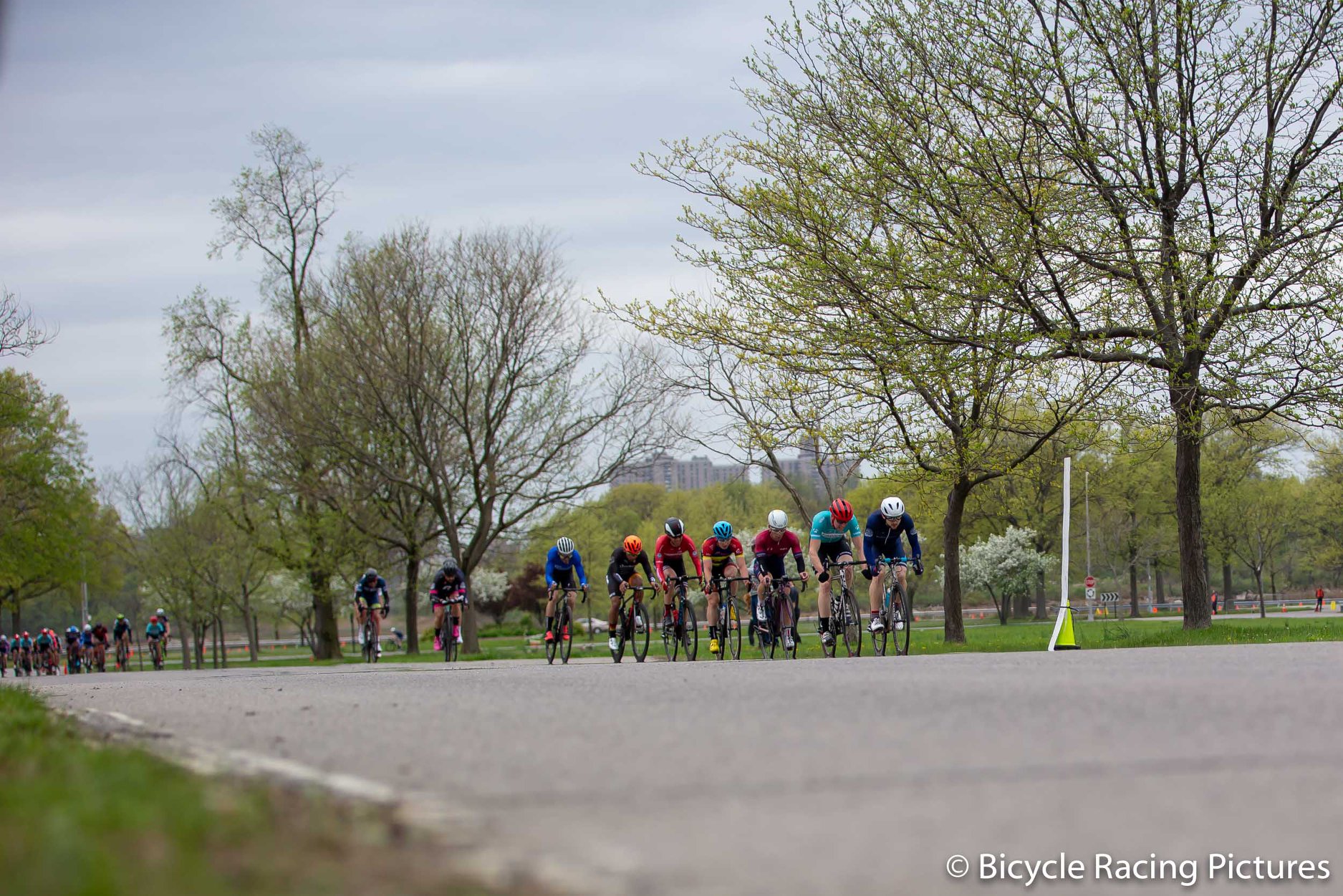 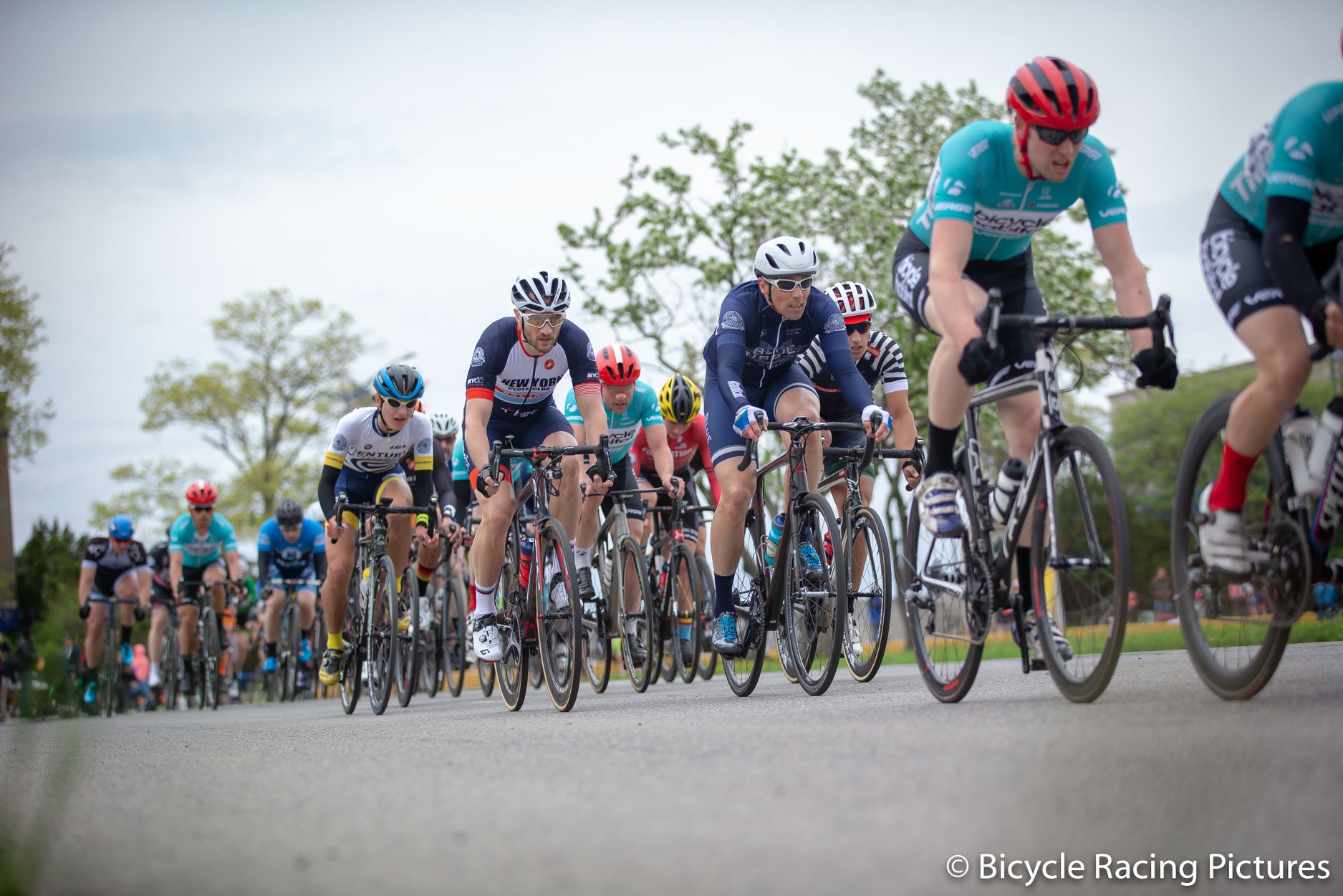 Being in breaks for the duration of the race, Tony’s legs were fried. Still, he sprinted for 10th place and brought home the third top 10 finish of the day for the team. 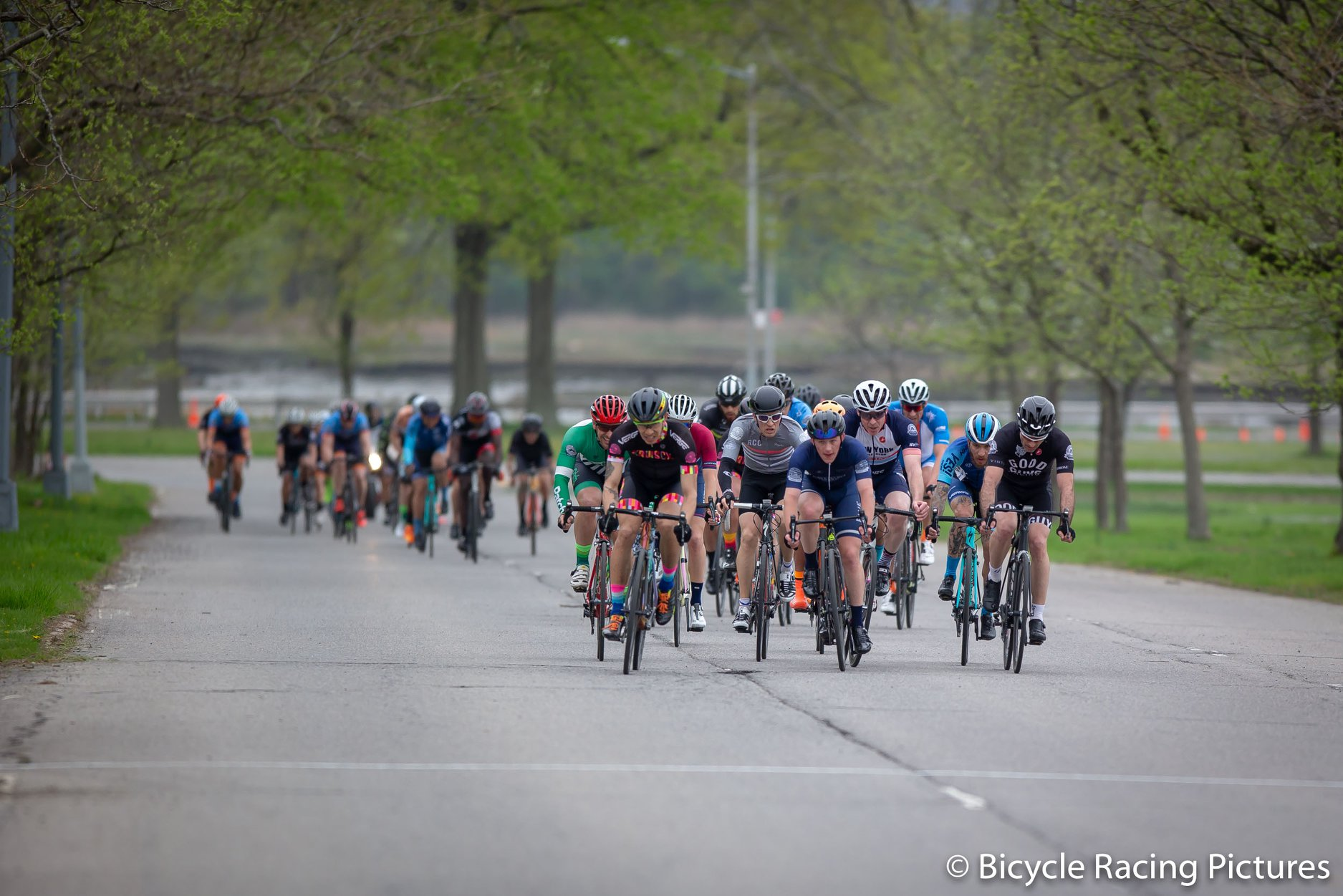 Camie went out to race the women’s race and quickly realized that although the course resembled the Kissena velodrome where she dominates her field on the regular, the distance of a criterium simply did not agree with her powerhouse engine. Caught off-guard in a few too many cross-headwinds, Camie had no choice but to sit in with the rest of the field. In the 1/2/3 premier event of the day, Gavi, Brendan, Mark and Tony went out and the team pushed forward with full force. The pace was hot and the men raced well but alas, we came up empty. 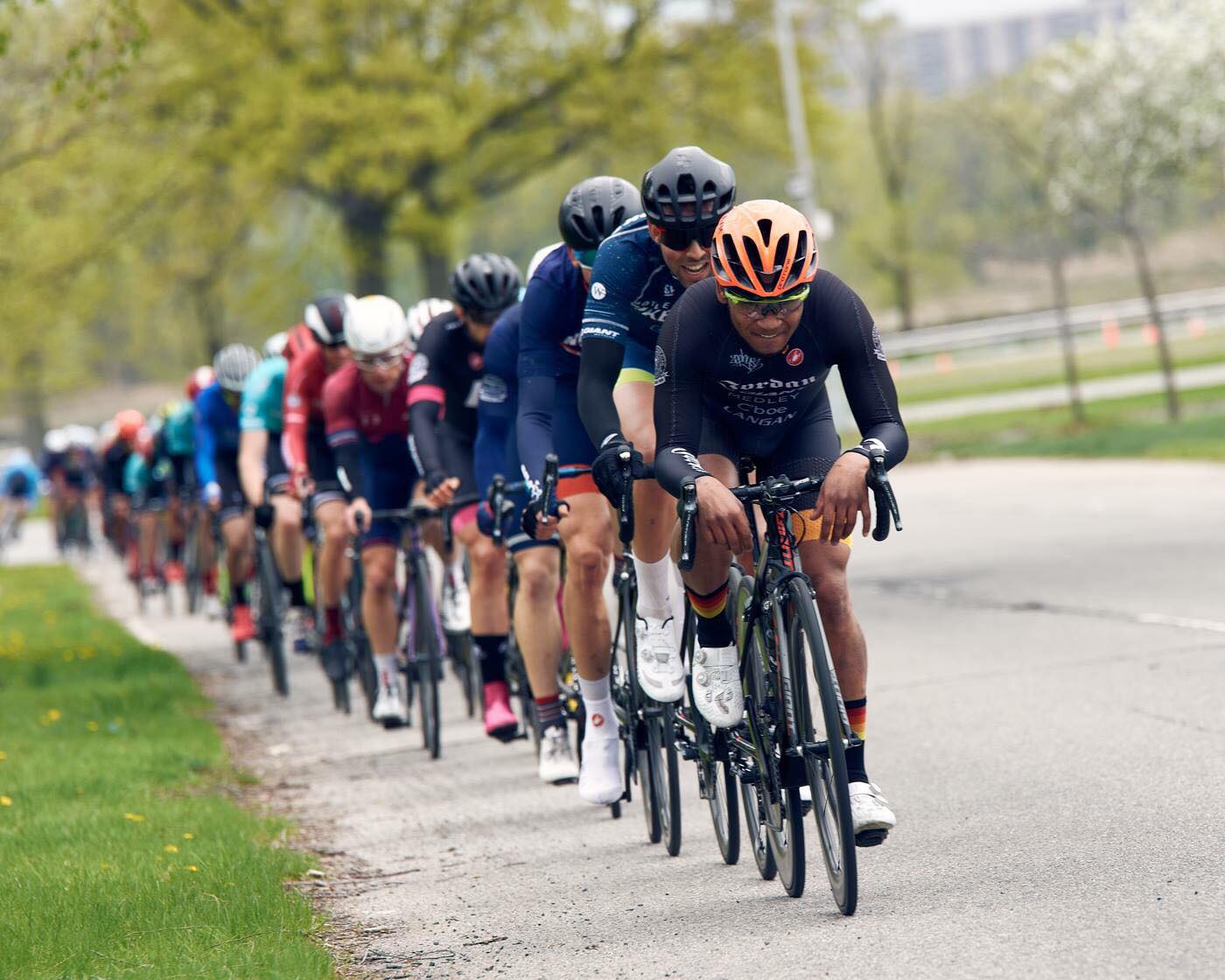 With a fistful of results and hearts full of love, the team put in some excellent riding and can hardly wait for next year, the third annual #ZachKoopMemorialCrit.